Introduction to the advantages of vacuum ion cleaning equipment

Introduction and advantages of magnetron sputtering coating equipment
Controlled sputtering principle Electrons collide with argon atoms during the process of accelerating to the substrate under the action of an electric field, ionize a large number of argon ions and electrons, and the electrons fly to the substrate. Under the action of the electric field, the argon ions accelerate the bombardment of the target, and a large number of target atoms are sputtered out. The neutral target atoms (or molecules) are deposited on the substrate to form a film, while the secondary electrons accelerate to fly to the substrate. Under the influence of the Lorentz force, the compound form of helix and cycloid makes a series of circular motions on the target surface. The electrons not only have a long moving path, but are also trapped in the plasma area close to the target surface by the electromagnetic field theory beam. In this area, a large amount of Ar is ionized in this area to bombard the target, so the deposition rate of the magnetron sputtering coating equipment is high.
As a result, magnetron sputtering coating equipment has been developed, which integrates sputtering and ion coating technology, and provides a solution for improving color consistency, deposition rate and stability of compound components. According to different product requirements, heating system, bias system, ionization system and other devices can be selected. The target position distribution can be adjusted flexibly, and the film layer uniformity is excellent. Composite film layer. The film plated by the equipment has the advantages of strong composite force and strong compactness, which can effectively improve the salt spray resistance, wear resistance and surface hardness of the product, and meet the needs of high-performance film preparation.
The equipment is rich in applicable materials, which can be used for stainless steel water-plated hardware/plastic parts, glass, ceramics and other materials; it is mainly used for rich products such as electronic product hardware, high-end clocks and watches, high-end jewelry and brand leather hardware. 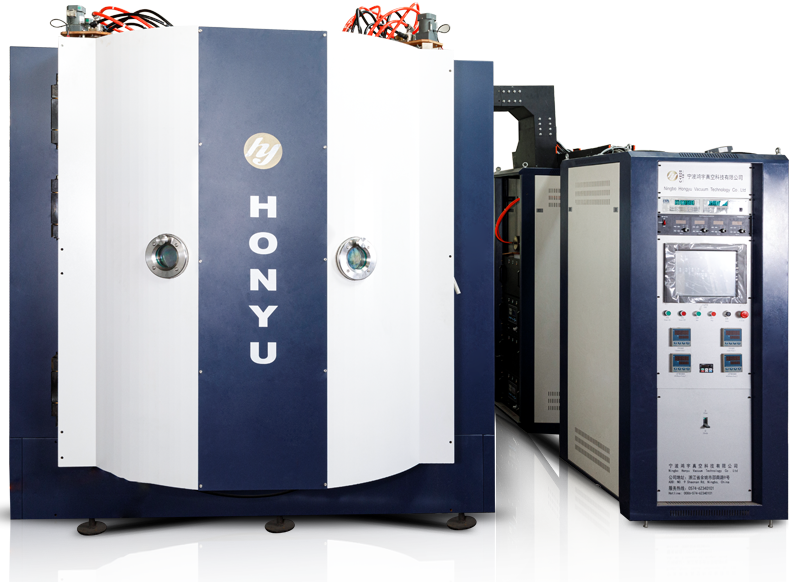 Magnetron sputtering coating equipment is a combination of DC magnetron sputtering, MF magnetron sputtering and multi arc ion technology. It can adapt to a wide range of coating targets. Whether metal, medium and composite materials can be coated and formed by sputtering process, so as to make the film have the characteristics of adhesion, density, repeatability and color consistency. It can be plated with metal film, titanium nitride, titanium carbide, zirconium nitride, chromium nitride, titanium oxide, tin, ZrN, TiAlN, tic, TiCN, CrN, Al2O3 and other films.
PREV：The Process of PVD Coating NEXT：Explanation of the basic principle of vacuum electroplating oil pollution treatment agent to cover oil pollution