Revival and Development of Vacuum Sputtering Coating
The so-called sputtering is a phenomenon in which energetic particles (usually positive ions of inert gases) are used to bombard the surface of a solid (hereinafter referred to as the target), thereby causing atoms (or molecules) on the surface of the target to escape from it. This phenomenon was discovered by Grove in 1842 when the cathode material was migrated to the wall of the vacuum tube when he experimentally studied the corrosion of the cathode. The use of this sputtering method to deposit thin films on substrates came out in 1877. However, in the initial stage of depositing thin films by this method, there are a series of problems such as low sputtering rate, slow film forming speed, high pressure and inert gas must be installed on the device. Therefore, slow development is almost eliminated. Only a small amount of applications have been applied to materials such as noble metals, refractory metals, media and compounds with strong chemical activity.
It was not until the 1970s that sputtering coatings developed rapidly due to the emergence of magnetron sputtering technology, and began to take the road of revival. This is because the magnetron sputtering method can confine the electrons by the orthogonal electromagnetic field, which increases the collision probability of the electrons and the gas molecules, which not only reduces the voltage applied to the cathode but also improves the sputtering of the positive ions on the target cathode. The speed reduces the probability of electrons bombarding the substrate, thereby reducing its temperature, that is, it has the two characteristics of "high speed and low temperature".
In the 1980s, although it only appeared for more than ten years, it stood out from the laboratory and really entered the field of industrialized mass production. Moreover, with the further development of science and technology, ion beam-enhanced sputtering has been introduced in the field of sputtering coating in recent years, using a wide-beam high-current ion source combined with magnetic field modulation, and combined with conventional two-pole sputtering to form A new sputtering mode has been introduced. Moreover, the intermediate frequency AC power is introduced into the target source of magnetron sputtering. This intermediate frequency AC magnetron sputtering technology called twin target sputtering not only eliminates the "disappearing" effect of the anode. Moreover, the "poisoning" problem of the cathode is also solved, thereby greatly improving the stability of the magnetron sputtering. It provides a solid foundation for the industrial production of compound film preparation. In recent years, the revival and development of sputtering coating has been active in the technical field of vacuum coating as a hot new thin film preparation technology. 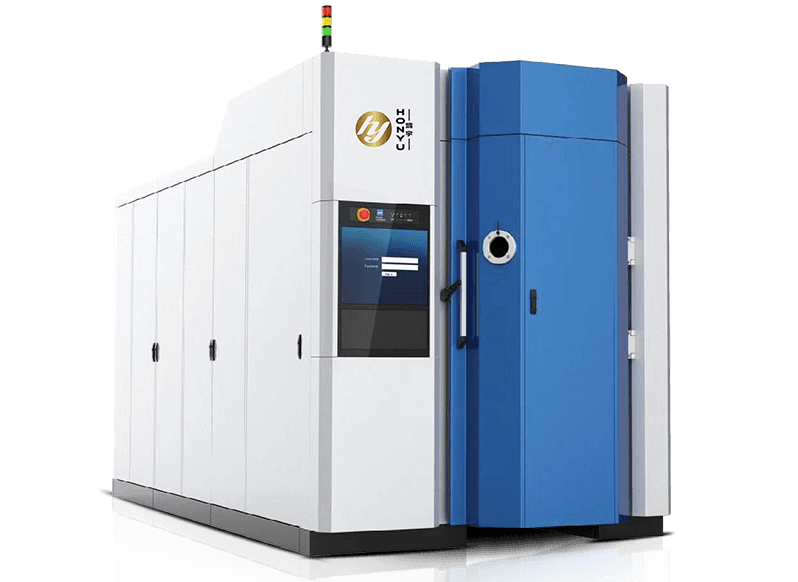 The multi-channel air intake system is adopted to accurately control the gas flow to meet your requirements for a variety of compound films.

Combined with pulse bias technology, the electric particle energy is greatly improved, so as to obtain excellent film adhesion and finish.