Vacuum coating technology, simply put, is to use evaporation, sputtering, etc. to emit film particles in a vacuum environment, and deposit them on metals, glass, ceramics, semiconductors, plastic parts and other objects to form a coating layer. Its main methods include the following:
Vacuum evaporation
The principle is that under vacuum conditions, the film material is heated by an evaporator to vaporize or sublime, and the evaporated particle stream is directly shot to the substrate, and the technology of depositing a solid film on the substrate.
Sputtering Coating
The sputtering coating is that under vacuum conditions, the cathode is connected to a high voltage to stimulate a glow discharge, and the positively charged argon ions hit the cathode target so that the film material particles are ejected and deposited on the substrate to form a film layer.
Ion coating
Ion coating usually refers to a coating method that generates a large number of ions during the coating process. During the formation of the film, the substrate is always bombarded by high-energy particles, and the film layer has a very strong strength and bonding force.
Vacuum coil coating
Vacuum coil coating is a technology that uses various coating methods to continuously coat the surface of a roll of flexible film to achieve some special functional and decorative properties of the flexible substrate. 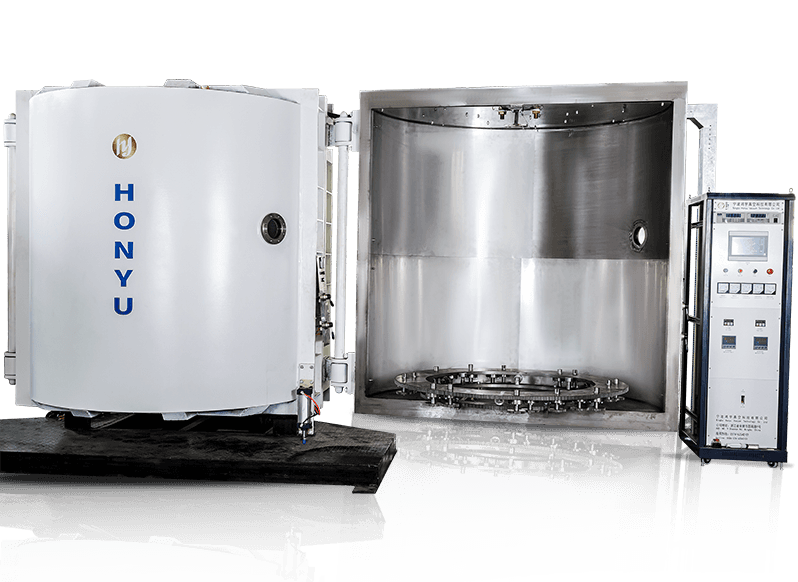